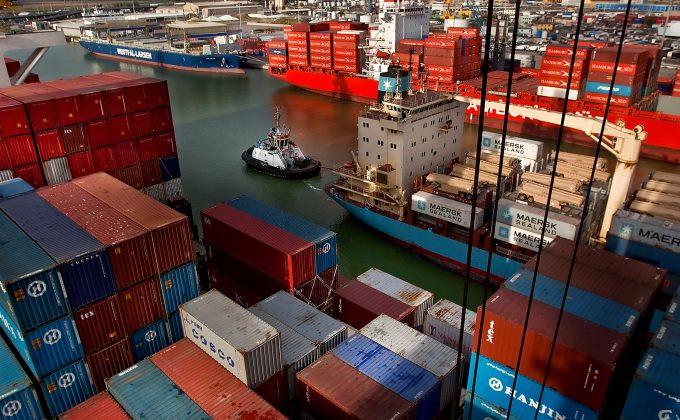 Positive data for the ports of the Port Authority of the Northern Tyrrhenian Sea in the first half of the year compared to the corresponding period of 2017. The overall change was higher than 21.5 million tons with an increase of 5.8% . The analysis of the types of traffic indicates an increase of 11.4% (+ 12.9% in terms of tons handled) in the field of rolling stock: with 371.713 units landed and boarded in the three reference ports (Livorno, Piombino, Portoferraio ), RO / RO are today the spearhead of the North Tyrrehnian port system and account for over 50% of total traffic. Good returns also on the front of passengers, both ferries and cruises: with over 3.5 million units, the sector has scored a + 0.9% despite the decline in passengers from / to the island of Elba in the ports of Piombino and Portoferraio.

Port of Livorno
18 million tons in total movements and a + 7.1% compared to January-June 2017. The first half of 2018 brings good results and signs in front of almost all the traffic sectors to Livorno. The number of rolling vehicles (drivers and semi-trailers) increased by as much as 18.3%, as did the number of passengers disembarking / embarking on ferries (+ 14%), the number of cruise passengers (+ 24.5%), forest products handled in break bulk (+ 14%) and the number of new cars (+ 0.3%). It should be noted that in the first half of 2017 the historical records of the airport had already been achieved both in the field of rolling traffic (vehicles) and in that of new cars (units).

Port of Piombino
The port of Piombino closed the first half of the year with a total change of 2.2% due mainly to the fluctuating trend in solid bulk cargo, for which a significant increase is expected in light of the recovery in steel production activities. RO / RO traffic, which accounts for 69% of the total, increased by 0.8% with 69,347 vehicles transited. Negative percentage changes compared to last year for ferry passengers (-5.4%) following the decline of those landed / boarded for the island of Elba. To consider that this type of traffic is heavily affected by seasonal peaks, so it will be possible to make definitive assessments only at the end of the year. Positive figures for the cruise sector, which, with 5 airports and 5,492 cruise passengers, more than doubled compared to the first half of 2017, when there were 2 airports for 2,163 passengers.

The comment of the president Corsini
“Statistical data for the first half of the year – said the president of the Port Authority of the Northern Tyrrhenian Sea, Stefano Corsini – are extraordinary and reward the efforts so far supported by the Port Authority to consolidate the lines of mercantile traffic and improve the ability to attraction of its ports ».
For Corsini, the team work with the Port Authorities and the port operators was fundamental: “the provisional enlargement of the access channel of the port; night lighting that makes Livorno potentially scalable 24 hours a day; the new orders of the Harbour Master’s Office  that dictate the new conditions for the entry, exit and maneuver of the large container and car carrier ships in Tuscany Dock, have allowed to achieve short-term goals that in the next six months will give further satisfaction in terms of trade, not only in Livorno, but also in Piombino, where the Jindal group settlement represents an essential step to take off the industrial component of the port system “.

For a detailed analysis see the tables in the statistical annex at https://www.portialtotirreno.it