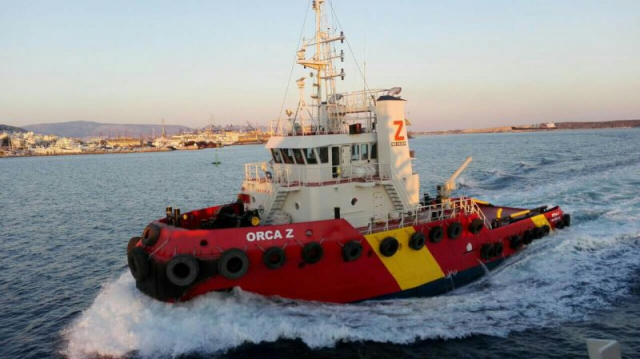 The GMC joint venture (Rimorchiatori Riuniti, Neri, and recently also Cafimar) takes over 80% of the capital of Zouros, a company operating in Piraeus and Thessaloniki.

The engagement, announced in 2017, with Gigilinis, operator active in the ports of Thessaloniki and Kavala, Rimorchiatori Riuniti and Neri, now replayed the landing card in Greece with more ambitious goals and making use of the reinforcement of the colleague Cafimar .

The group led by Alessandro Russo, headed by Latium Tugboats, has in fact entered GMC’s shareholding in recent months, the joint venture that was set up in Greece a couple of years ago by RR (together with Gesmar, of which in the meantime he acquired full control) and Neri, who in fact supplied the tugs to Gigilinis for the ports of Thessaloniki and Kavala and that with the same Greek colleague, according to plan, they should have later merged.

As said, this last possibility has faded in the meantime, but not so was the initial project, which the joint venture has continued to pursue with the search for a new partner.

Today is the news of the signing of a letter of intent by GMC with Zouros, a Greek group that carries out the towing service in the two main ports of the country, namely Piraeus and the port of Thessaloniki, to take over 80% of the capital. The transaction – reads a note by the three Italian operators – will also concern the jv fleet, composed of four azimuthal tugs to date, which will join the vessels managed by Zouros, which, in addition to maintaining the remaining 20%, will remain responsible of the operational use of the vehicles together with the GMC itself.

The GMC – Zouros operation comes just a few weeks after the announcement of the landing in Greece of another Italian operator, Scafi, who entered the country through the acquisition of 50% of Vernicos Tugs, also active in the two main ports of Greece as well as in several smaller ports, with which it formed the Vernicos Scafi joint venture.