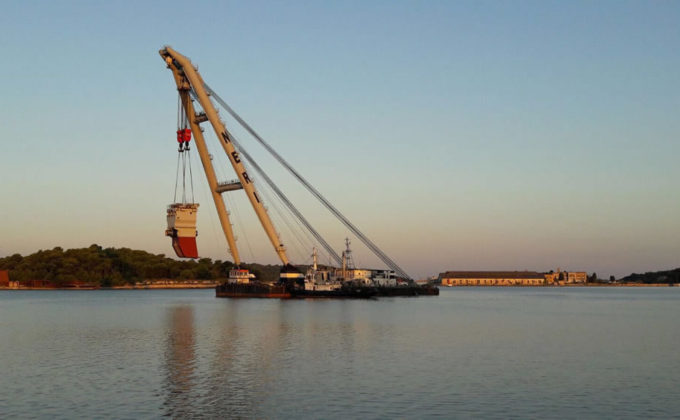 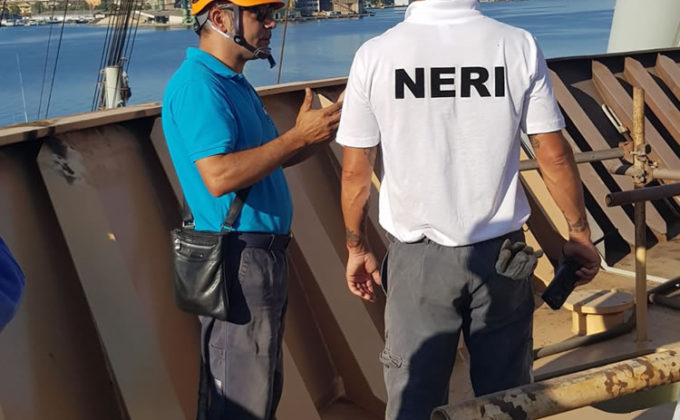 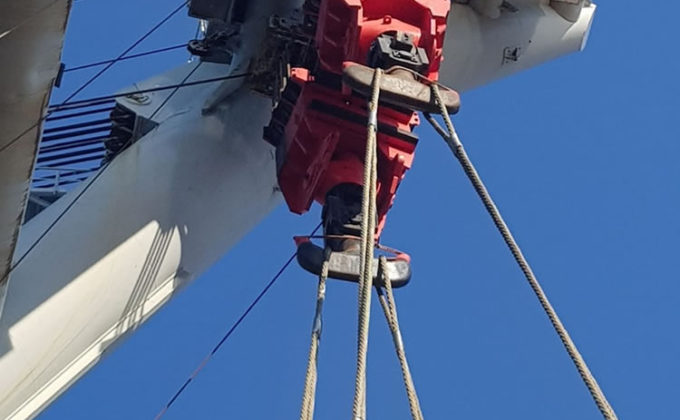 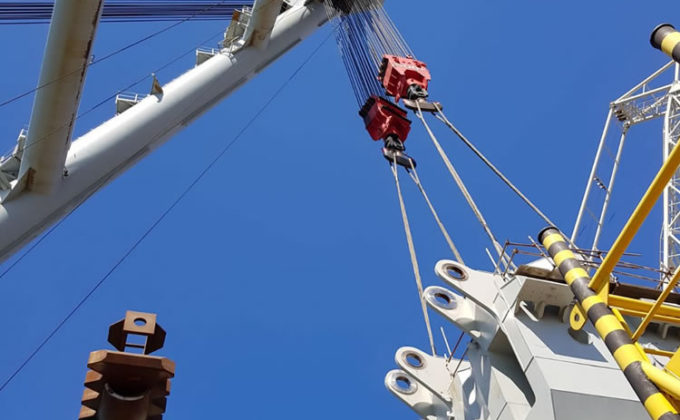 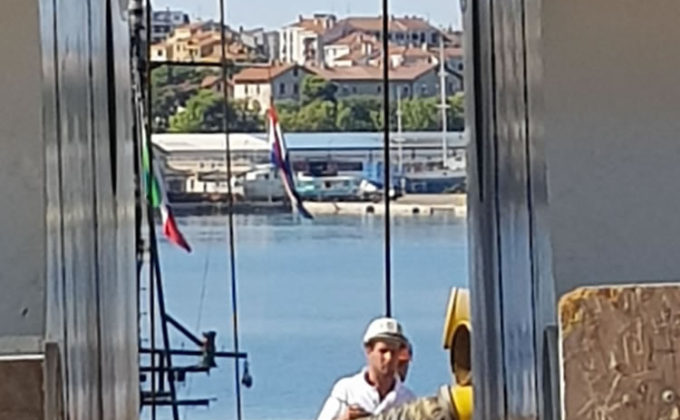 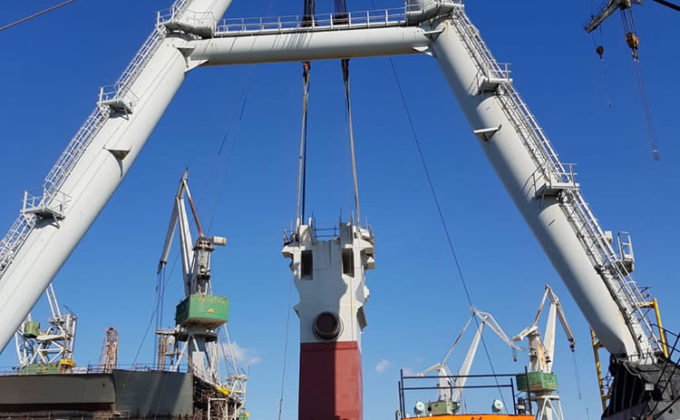 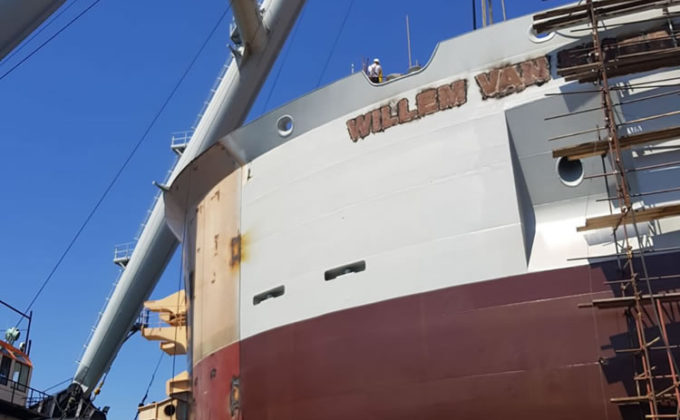 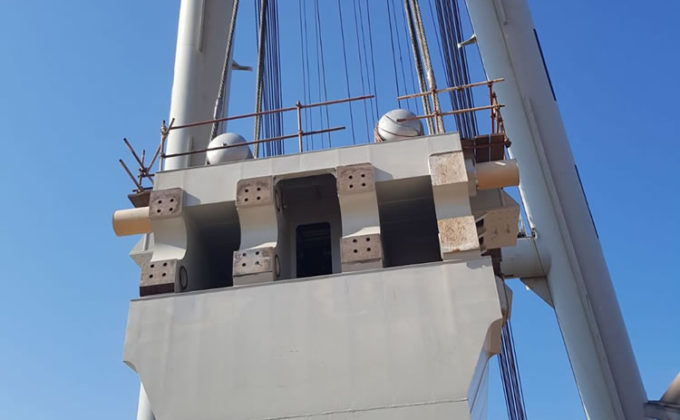 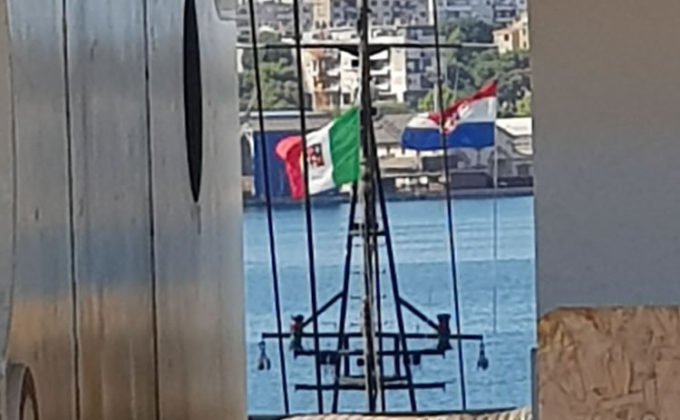 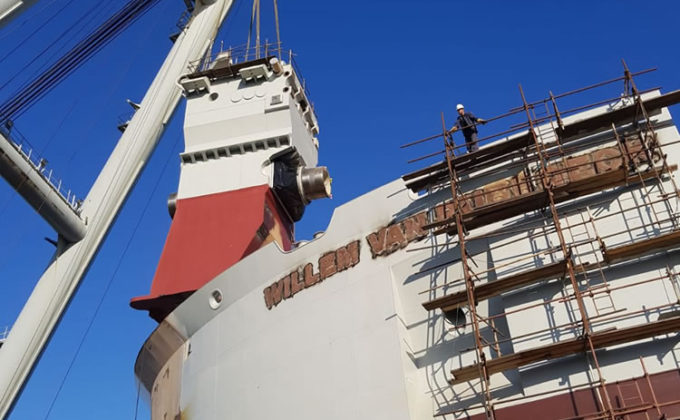 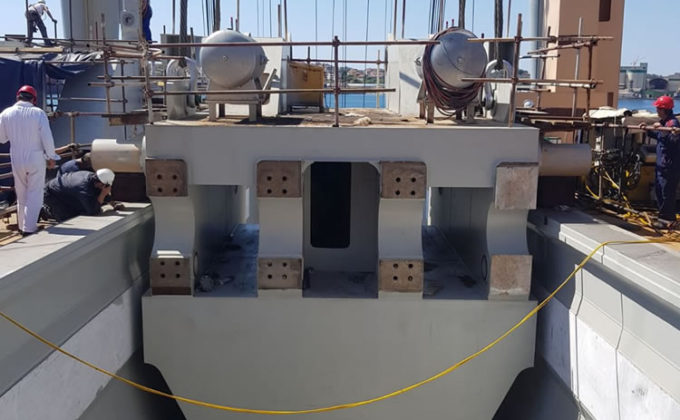 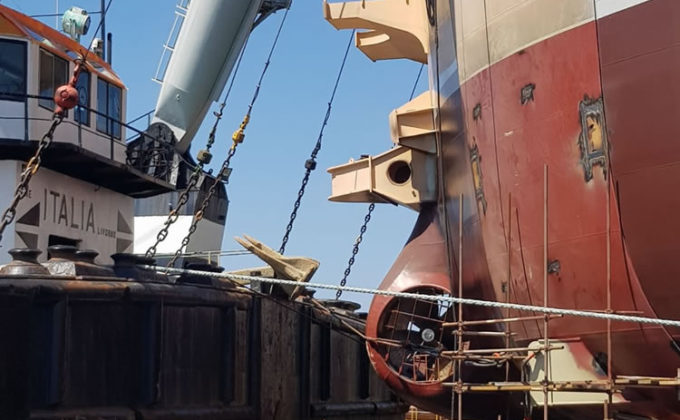 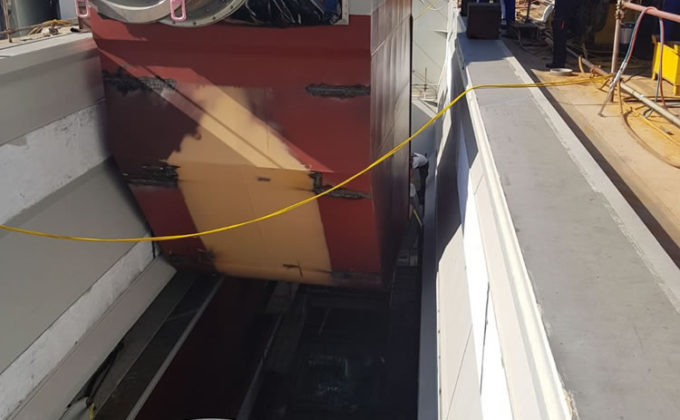 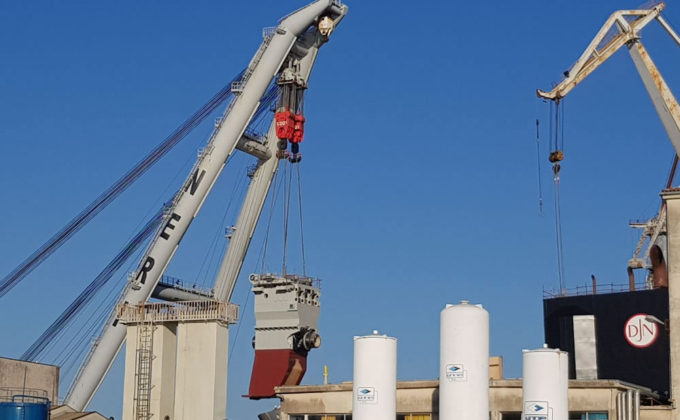 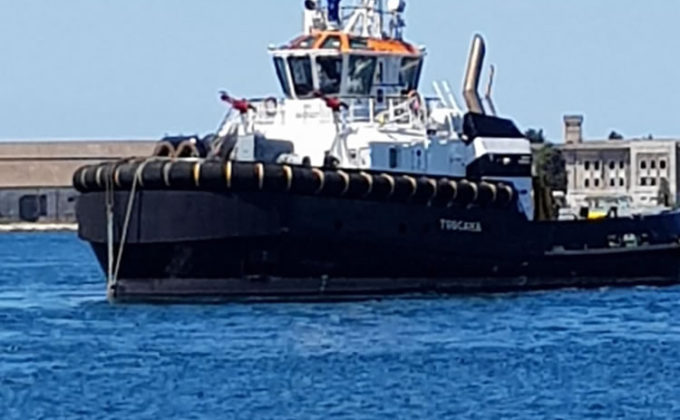 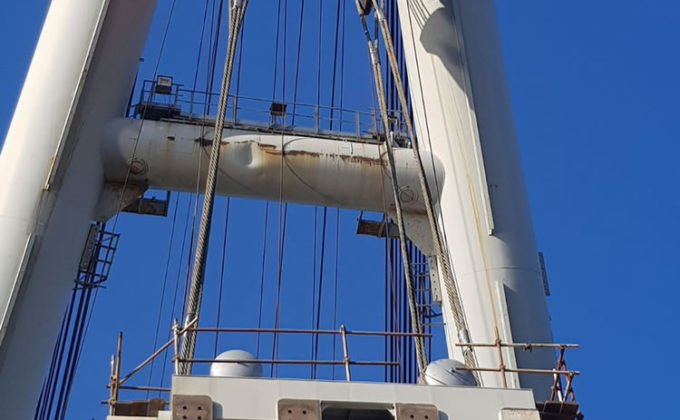 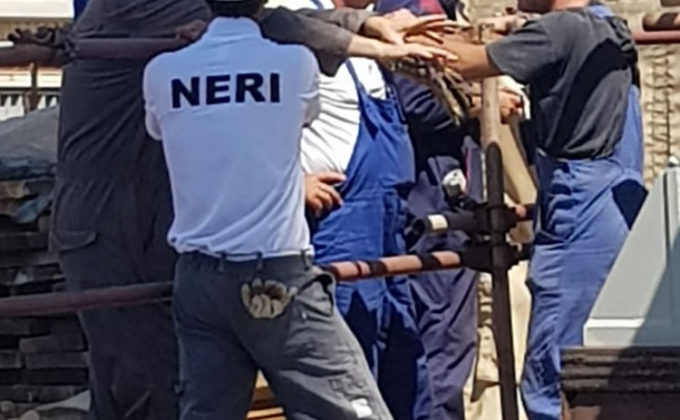 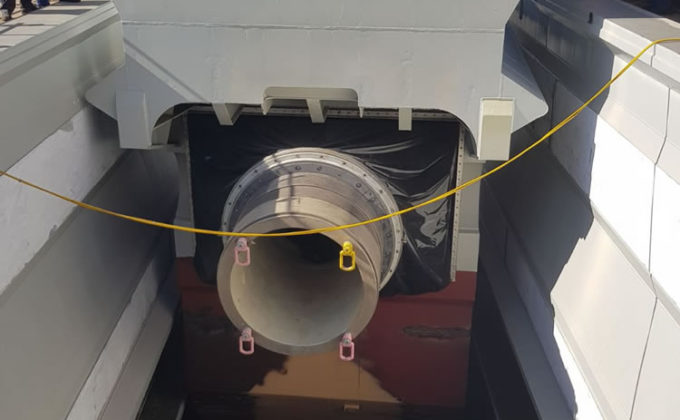 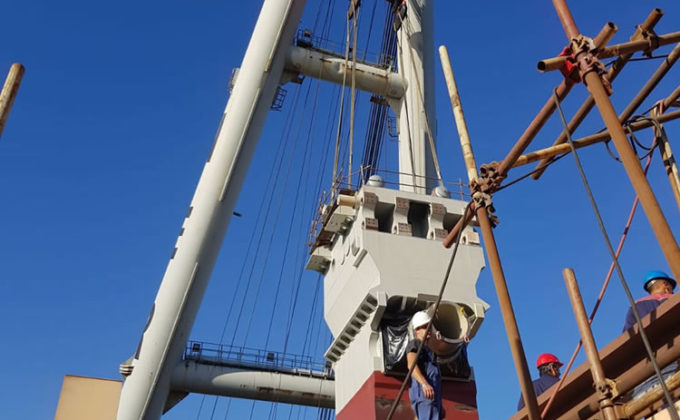 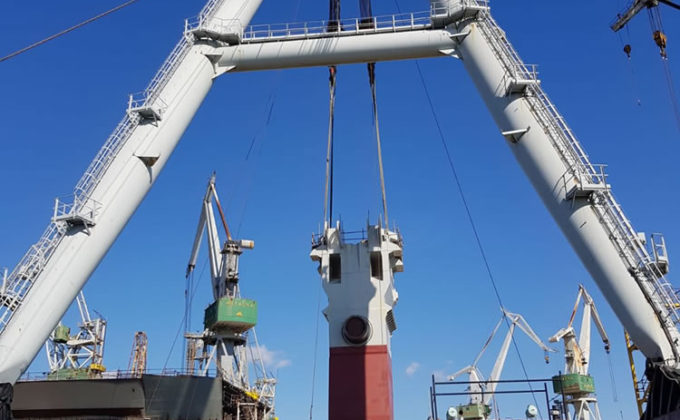 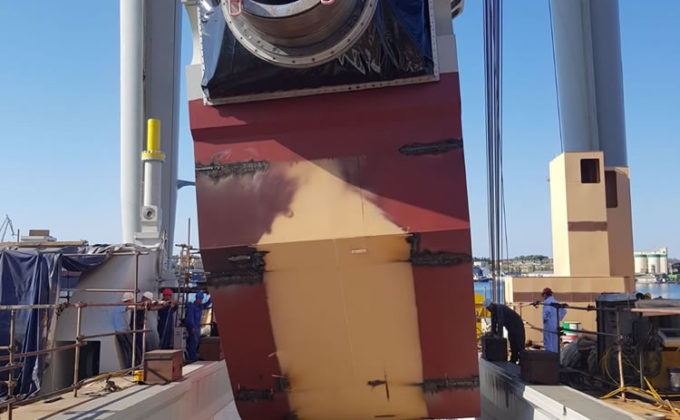 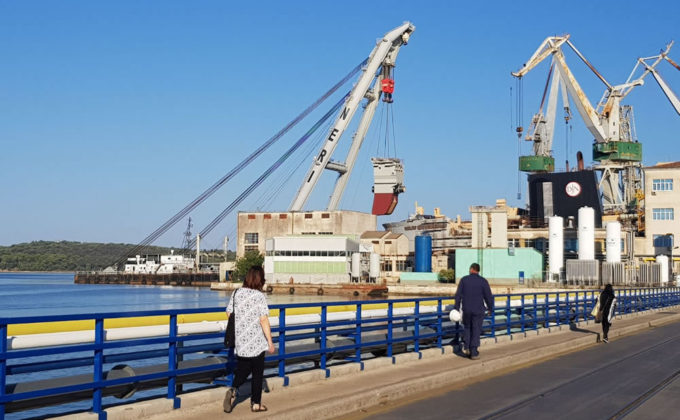 8 august 2017. Sheerlegs italia arrived in Pula Croatia towed by asd tug Toscana and executed the lift and positioning of the spud carrier of a new dredger ship under construction on the slipway of Uljanik shipyard in Croatia.

The structure lifted at 50 mts above sea lìne and weighing 500 tons, was positioned inside the ship in construction after a careful manouvre of approaching.
The operation Was carried out with millimetric precision and for a duration of 5 hours at early dawn, showing great capability of the sheerlegs Italia and marine professionality of the Neri crews on board.