From Our Company’s Origins to Today 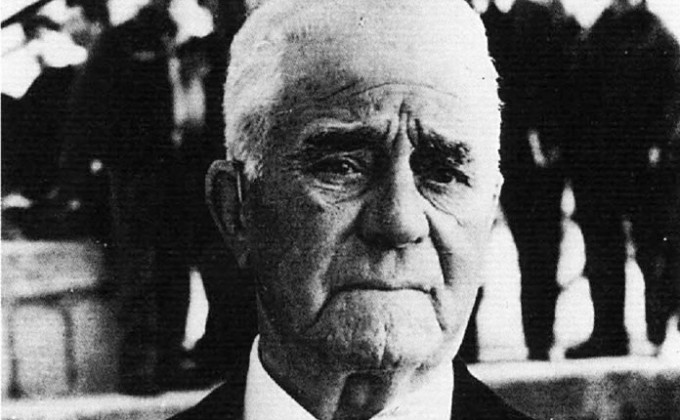 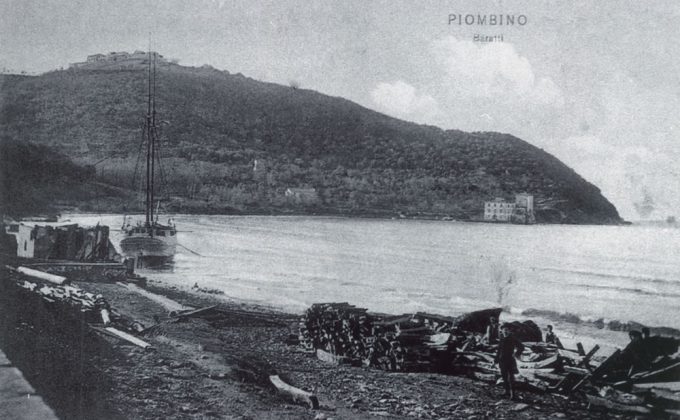 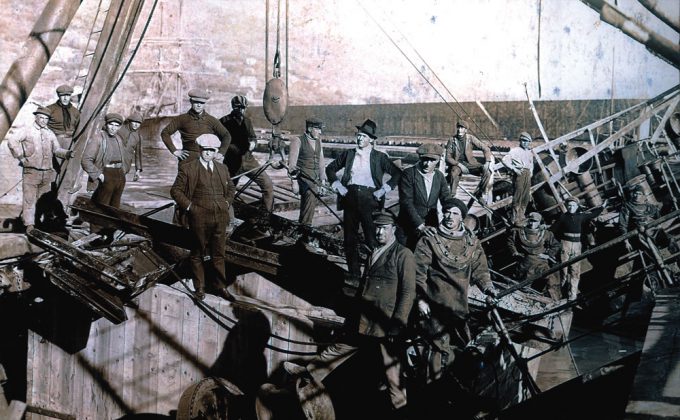 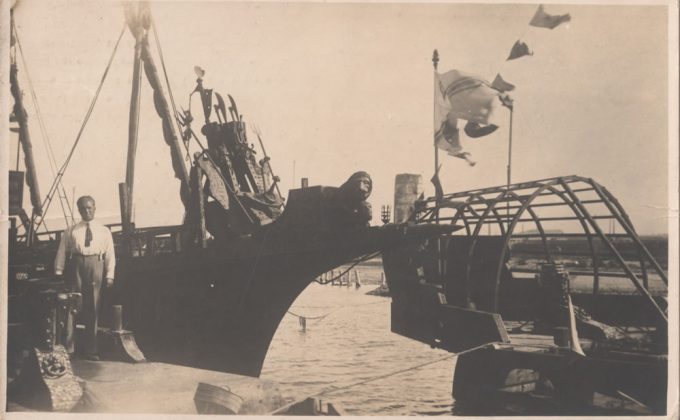 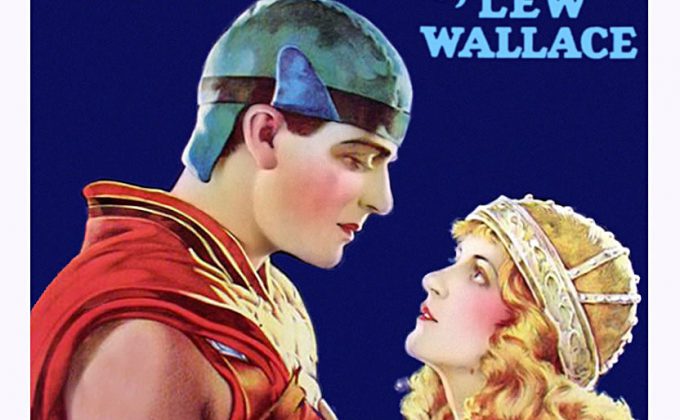 Ben Hur a tale of the Christ 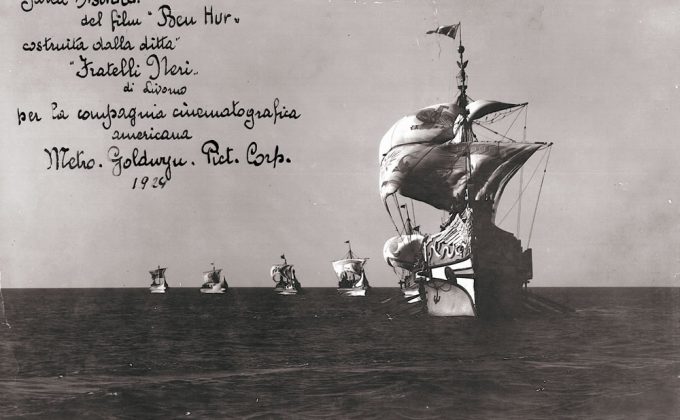 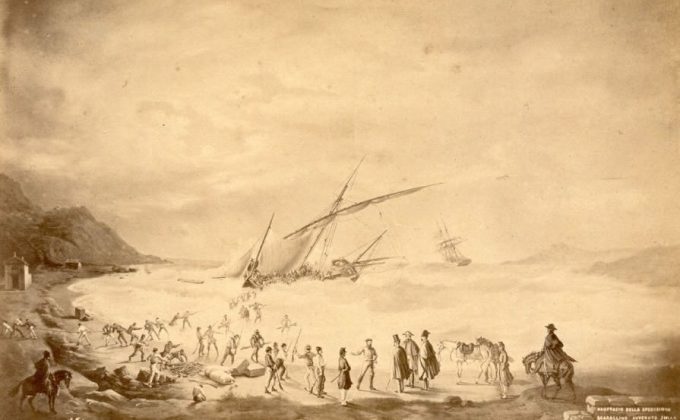 Shipwreck of the Garibaldi's troop in Baratti 1867 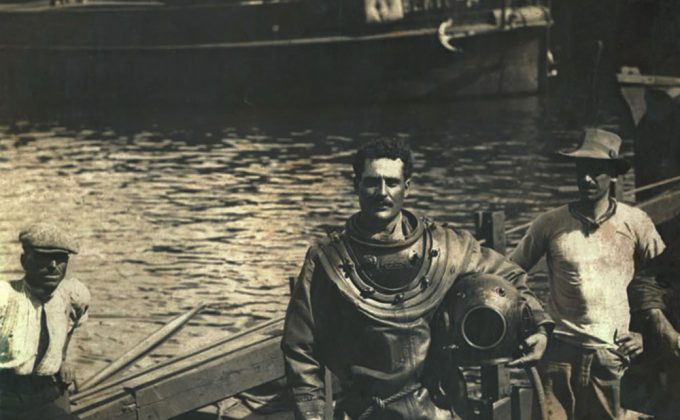 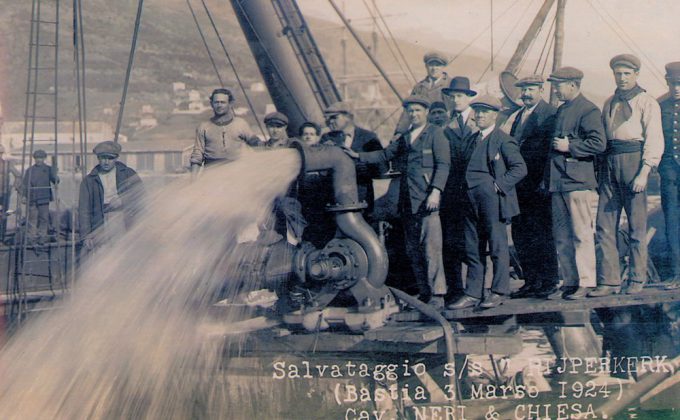 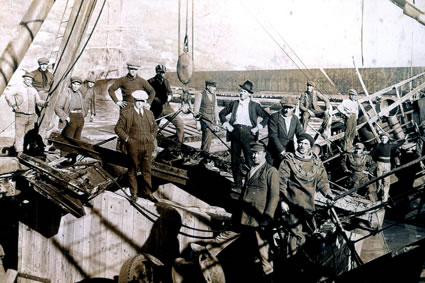 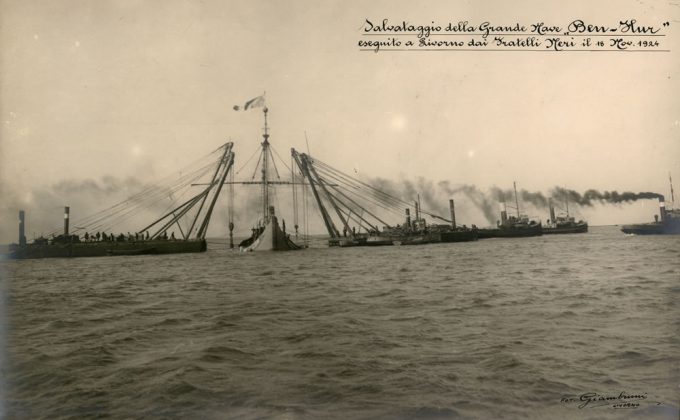 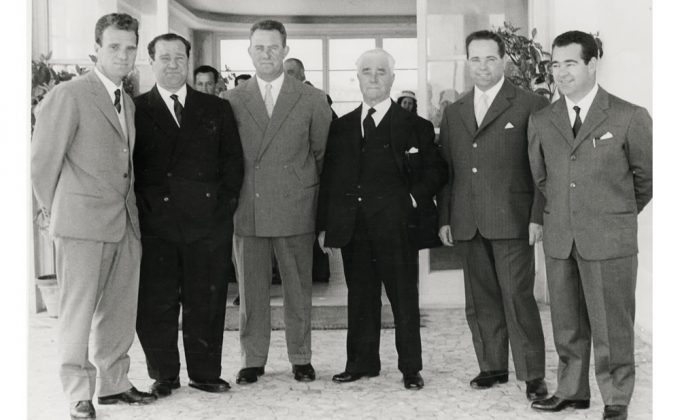 Tito Neri and his sons in Bagni Fiume 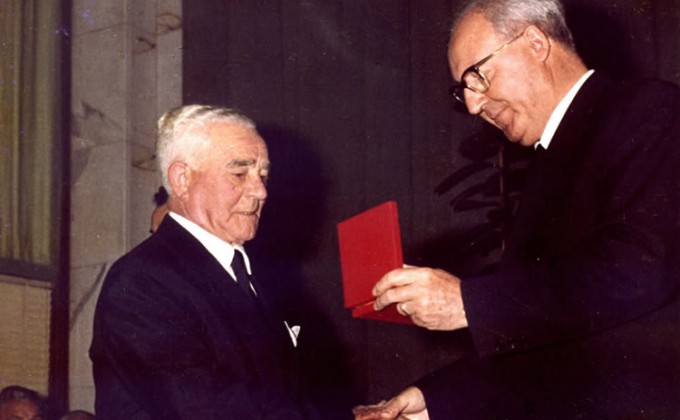 The presence of the Neri family in Livorno goes back to the late 1600s, when a family of sailors from Sestri Levante moved into the coastal, Tuscan village of Livorno. This family of humble, Ligurian origins found in the Port of Livorno more opportunities to work, as Livorno was quickly becoming the largest free trade port and emporium in the Mediterranean. Thus so, members from the NERI family found themselves working as sailors, fishermen, dockworkers and boatmen in the eighteenth and nineteenth centuries.

Helping Garibaldi Unify Italy
Italy becomes a united kingdom state. During the Italian Risorgimento they took part to some of the Garibaldi’s expeditions to free Rome from the Papal Power. Giovanni Neri, who was one of the Garibaldi’s volunteers, died at Mentana battle while he was fighting the French and Papal troops in 1867.

Costante the Pioneer
The founder of the NERI company was Costante, who lived from 1863 to 1932. He was the head of a group of stevedores, who loaded and unloaded sailing ships, which arrived in the Livorno harbor. His activity was based in Scali Novi Lena 1, Livorno. He was aided by his two sons, Tito, who lived from 1888 to 1973, and Alfredo, who lived from 1892 to 1950. Both sons began working from an early age.

Despite the often adverse weather conditions, Tito left the port of Livorno in small boats to meet the sailing and steam ships approaching the coast. Tito knew very well that as per the law, those who were first to meet the ships, had the right to unload them. Together with other young “risicatori,” (as they were called at the time), these laborers of the sea would follow the larger vessels into the harbor, where smaller loading vessels, (called “navicelli”), would be ready to receive the goods, (usually coal), which would then be unloaded by hand and put into baskets, (known as “coffe”). Finally, the “navicelli” would enter the inner canals of Livorno to bring the goods to their destination. The working conditions were hard, but these young men were proud of their work. Those who had the right to unload the ships, then had to go to the nearby beaches, load gravel and then return to ballast the ships. Tito had studied only up to his third year of primary school, but he spent every penny he made to attend a language school in Livorno to learn English. In this way, he became personally capable of bargaining the price of the service offered, especially with ships coming from England, since most of the vessels arriving in Livorno at that time were in fact English ships.

Diversification
Besides unloading and loading vessels, Costante and his sons started a new activity: wreck removal and salvage. It was a risky job, but, if successful, a very good rewarding income. From the correspondence between Costante Neri and the Royal Harbour Master’s Office of Livorno, Piombino and Baratti we know that in this year Costante salvaged several ships. He did not have the naval resources to do the work, but he chartered two shear pontoons and performed the job successfully.

Government Recognition
Neri’s salvaging skills were well-renowned by 1911 as during the colonial war in Libya, Tito was called by the Italian government to salvage several hundred sunken ships off the coast of the African country.

Fratelli Neri (“The Neri Brothers”)
Since the end of the nineteenth century, Costante and his two sons had been running a family business which had now become a quite prosperous one, at that. As per new Italian law, however, the Italian government now mandated that owners of industrial activities would have to register their businesses at the local chamber of commerce. Costante, who was no longer such a young man, urged his sons, Tito and Alfredo, to register their company as “Fratelli Neri,” (“Neri Brothers”), which had its headquarters located at Scali Novi Lena 1, in Livorno. Their activity was registered on the 31st day of March in 1916, and the scope of the business’ activities was listed as the “unloading and loading of ships and maritime enterprise.”

Building the Fleet
During World War I, traffic in the Livorno harbor had become quite intense, and so the Neri Brothers made quite a large amount of money, especially unloading coal. The money was used to buy “The Grado,” the first tug of what would later become a large fleet. “The Grado” was bought from the Orlando Shipyards together with a boat for deep-sea divers. Inspecting damaged ships— prior to their repair, was another specialized activity that the Neri Brothers began. Their divers became famous all throughout the Tyrrhenian sea, and the company would continue to buy boats and vessels during the subsequent years.

Expansion
In order to expand the family’s enterprise, the Neri Brothers entered into a “salvage society,” (partnership), with another well-known firm, Fratelli Chiesa, (the “Church Brothers”), who also just happened to be Tito’s brothers-in-law. The two firms performed very difficult salvage operations during the course of their collaboration, and in 1924, they rescued the S.S. Rijperkerk, a Dutch vessel, which had caught fire in the Bastia harbor on the Island of Corsica.

Hollywood Comes Knocking
In the same year, Metro Goldwyn Mayer, the famous American film production company, had commenced shooting its mega-budget “Ben Hur,” in Anzio. Shortly after though, the film producers found themselves unsatisfied with results there and so they decided to move filming operations further up the coast to Tuscany. As the producers were in need of a large fleet of ships for their film, they contacted Tito and the Neri Brothers found themselves commissioned with the sizeable task of building the fleet and organizing the famous naval battle scene for the epic picture. In the end, the Brothers did such a fantastic job that MGM—immensely satisfied as they were—decided to give the entire “Roman fleet” to the brothers as a present for a job well-done.

Surviving the War & Starting Over
At the outbreak of World War II, the Neri Brothers owned 100 vessels: tugs, sheerlegs, pontoons, sea-divers and boats. When Tito got word that the Germans were planning to sink all the ships inside the Livorno harbor in order to block access to the city to the Allied Forces, he decided he’d beat them to it and sink them, himself. When the Nazis arrived at the dock with the explosives, they found the fleet had already been sunk. At least Tito Neri, the professional salvage entrepreneur, could afford such a move! Shortly after the arrival of the U.S. troops, all of the ships were rescued and repaired. This being said, however, the war had devastated the Neri Brothers’ activities. Unwilling to give up though, Tito addressed his five sons: Corrado, Costante, Piero, Luigi and Oreste, telling them that, “tomorrow we will begin, anew.” The first work the family did to help the Allied Forces was to restore and re-open the port of Livorno, which had been completely destroyed, as well as the city itself, which had been one of the most heavily bombed cities in all of Italy.

A Wise Man for a New Frontier
Italy becomes a republic. Tito Neri’s modesty and selfless generosity became so well-known throughout Livorno that he found himself the undisputed arbiter of all controversies arising in the port of Livorno.

A Man Greatly Beloved
In 1973, the consummate hard-worker, Tito Neri, passed away at the age of 85. His passing marked not simply a great loss for the City of Livorno, but abroad, as well. From New York to London, Rotterdam to Hamburg, the condolences came pouring in for a man who had earned the respect and gratitude of so many people. He had also managed to survive to an impressive age, accomplishing a great deal with each year of his life, despite having weathered through so many personal tragedies along the way. Alfredo, his brother, had perished in a fire onboard a sea vessel in 1950, just seven years after he had lost his wife, Algerina Chiesa, in a car accident in 1943. As if those two tragedies weren’t enough, he lost his sons Corrado and Piero in 1961 and 1964, respectively, and one of his grandchildren, Pierluigi, died in a car accident at the age of eight. In any event, however, Tito refused to let the cruel hand of fate dampen his enthusiasm for life and work. Each day, he awoke early so as to arrive at work at 5 o’clock in the morning. Once he arrived at the port, he made it a point to purchase coffee and croissants for the port coast guards who had pulled duty that evening, as well as for his driver and himself. Then, he would decide together with the port officials which ship was to enter the port of Livorno first. Indeed, the only external sign of his mourning was his decision to remain in black attire for the remainder of his life.

In the period after the war, Tito had built dry docks, coastal oil depositories, and a beautiful tourist resort for the City of Livorno, the famed “Bagni Fiume,” which had been completely destroyed during the war. He had also successfully salvaged hundreds of ships and built dozens of Italian maritime works and ports in: Loano, Ventimiglia, Piombino, Marina di Pisa, Marina di Carrara, Chiavari, Lavagna, Rapallo, Bari, Taranto, Naples, Sicily, and so on…

The Story Continues…
Since 1997, Fratelli Neri has been owned and operated by Piero, (born in 1945) and Tito, (born in 1943), two of Tito’s grandsons, sons of his eldest son, Corrado. In the last twenty years, many important new innovations and investments have been carried out. New azimuthal tugs and supply vessels have been purchased and new enterprises have begun—often as joint ventures. Regardless, however, reminders of the family’s history can be seen in the names written on the sterns of the tugs. The new and modern tug, “Algerina Neri,” is an homage to the elder Tito’s beloved wife. Though she had suffered from diabetes, she risked her life to give birth to Tito’s sons and responded to her doctor, (who had wanted to interrupt her first pregnancy), by saying, “I do not care about the risks. I must have the first of the children upon whom Tito will build his future.” She then proceeded to bear six children for her husband, all males.